Posted by Suite Romance Travel at 11:39 AM No comments:

A Treasure Hidden Behind the Iron Curtain.

This little village with a castle is called "Cesky Krumlov" and is in the Czech Republic. It used to be behind the Iron Curtain, but was so far back in the woods, it was never attacked or destroyed in any war. A visit to Krumlov is like stepping back in time. 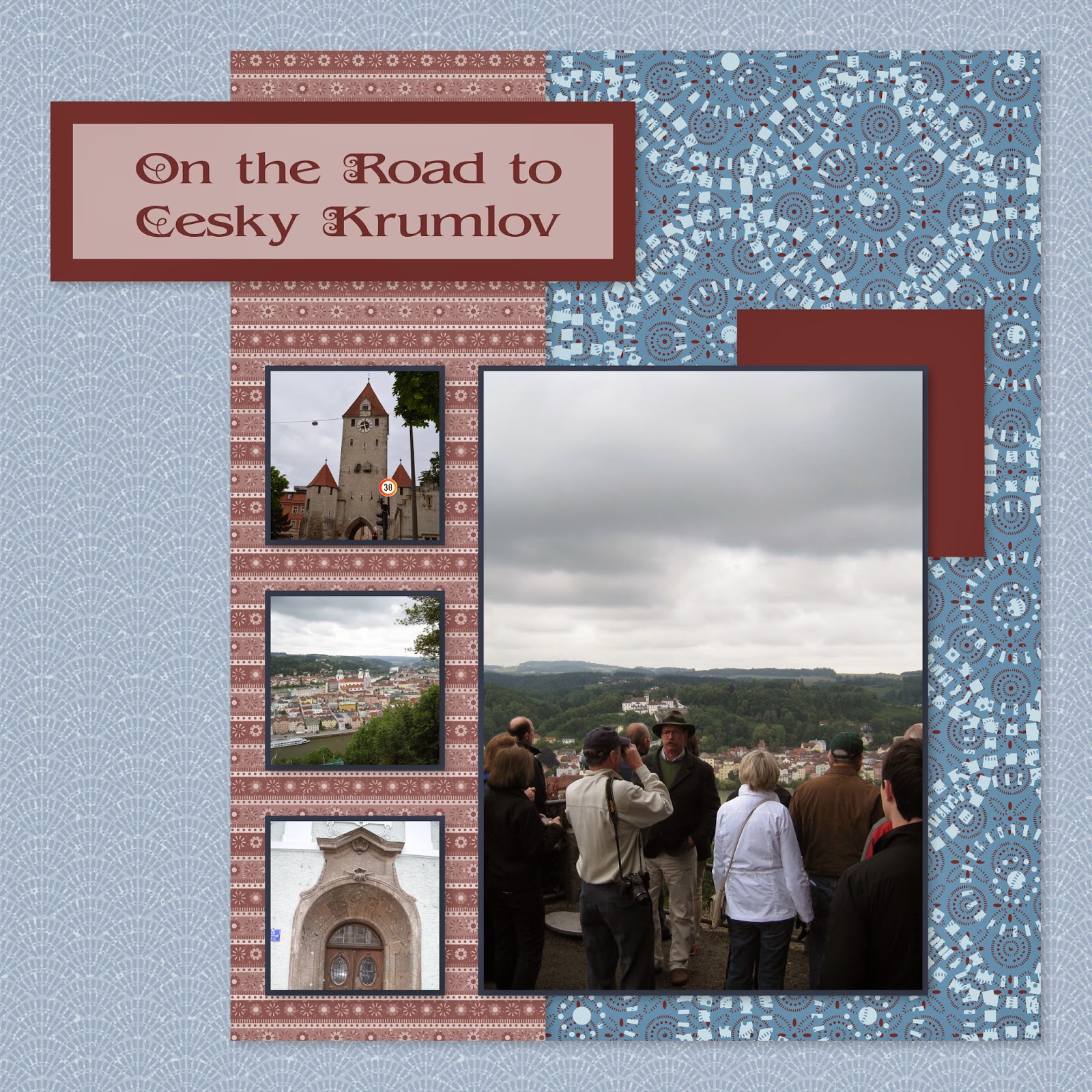 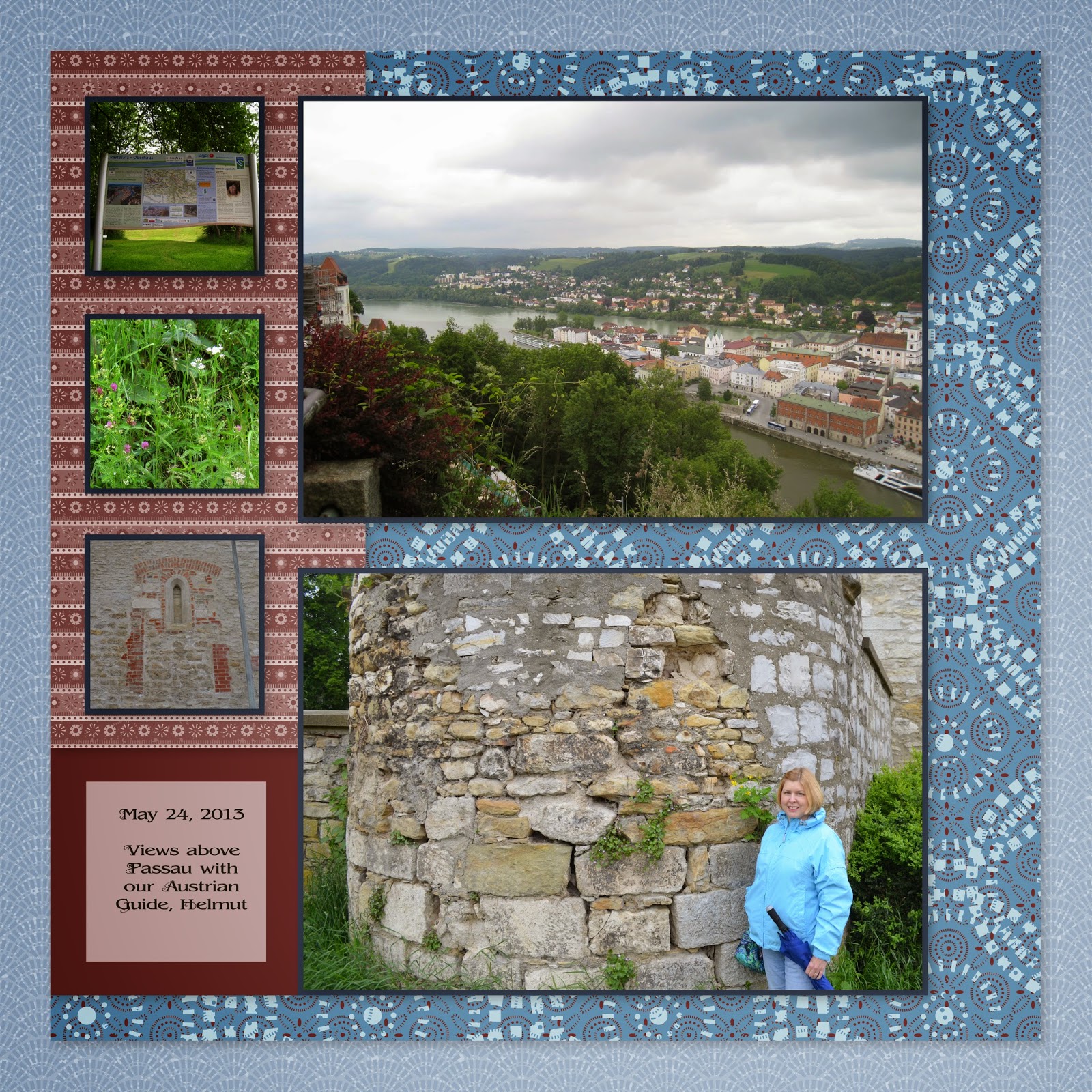 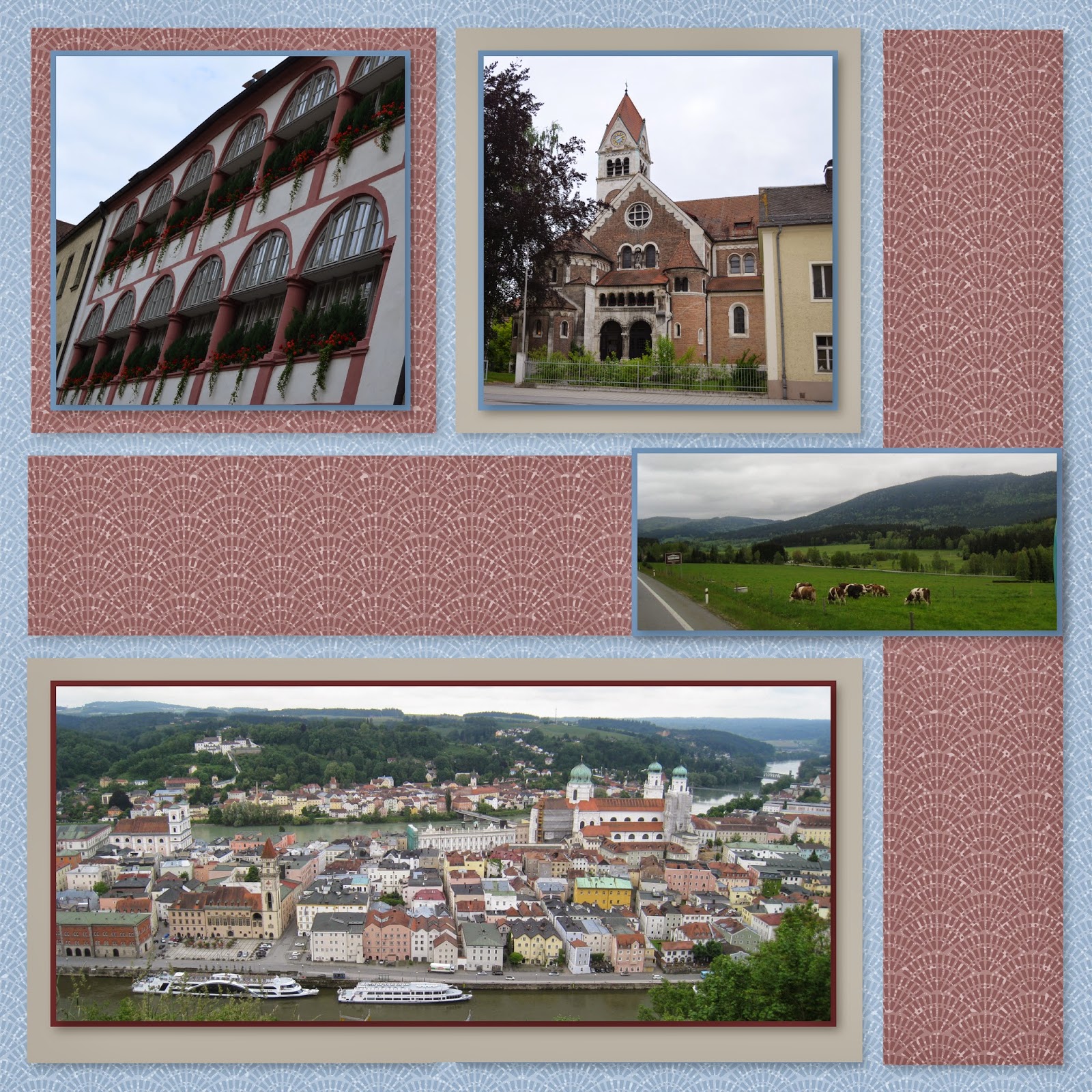 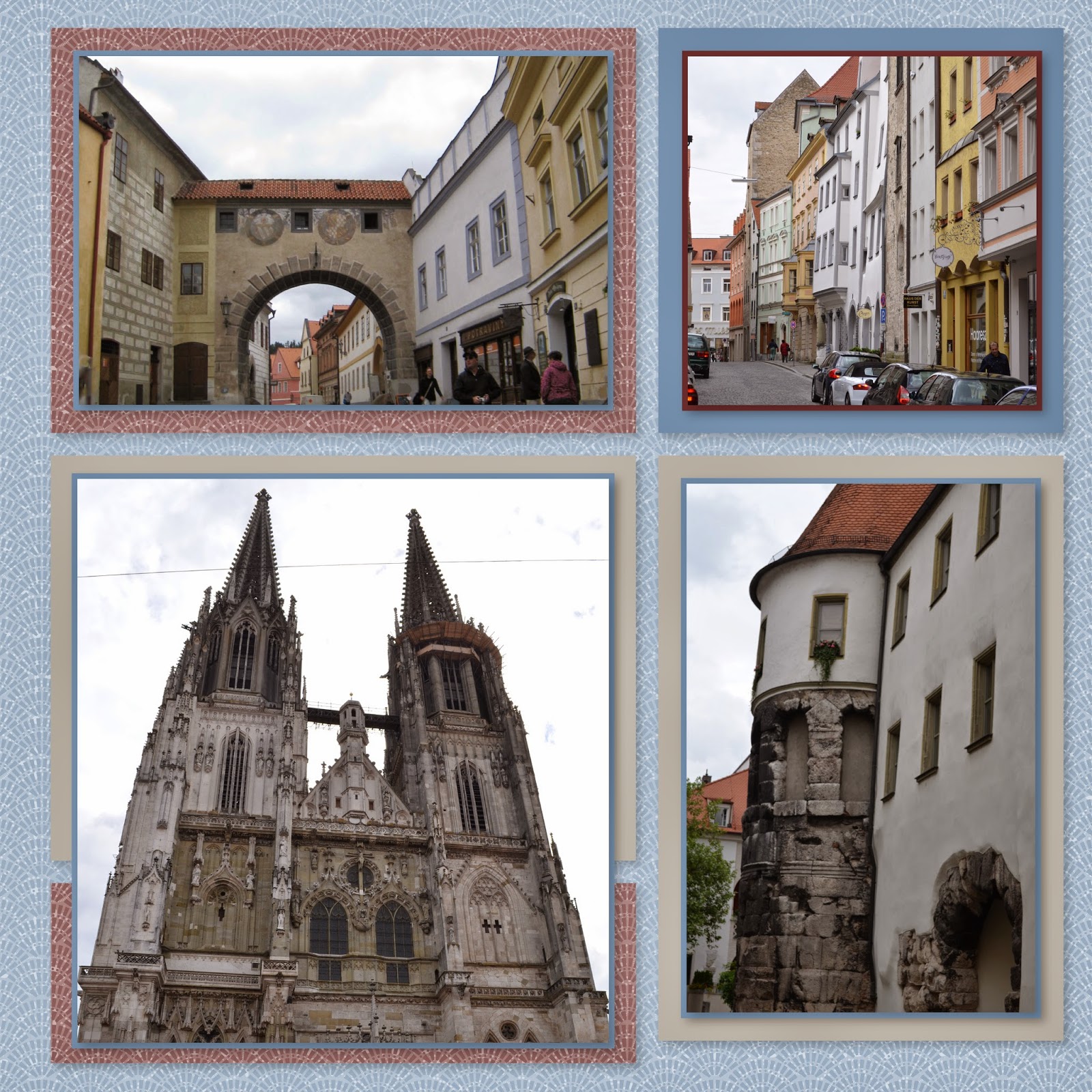 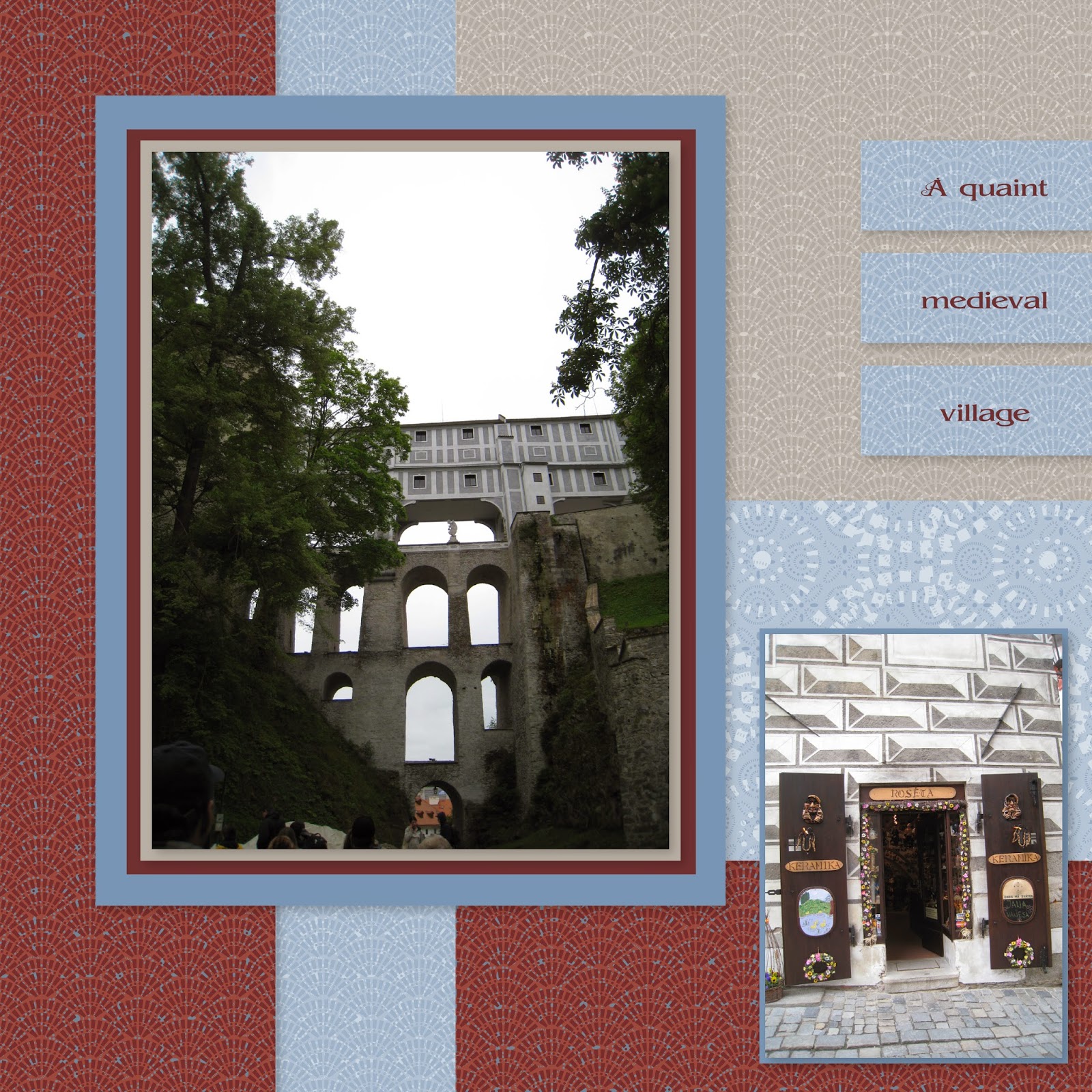 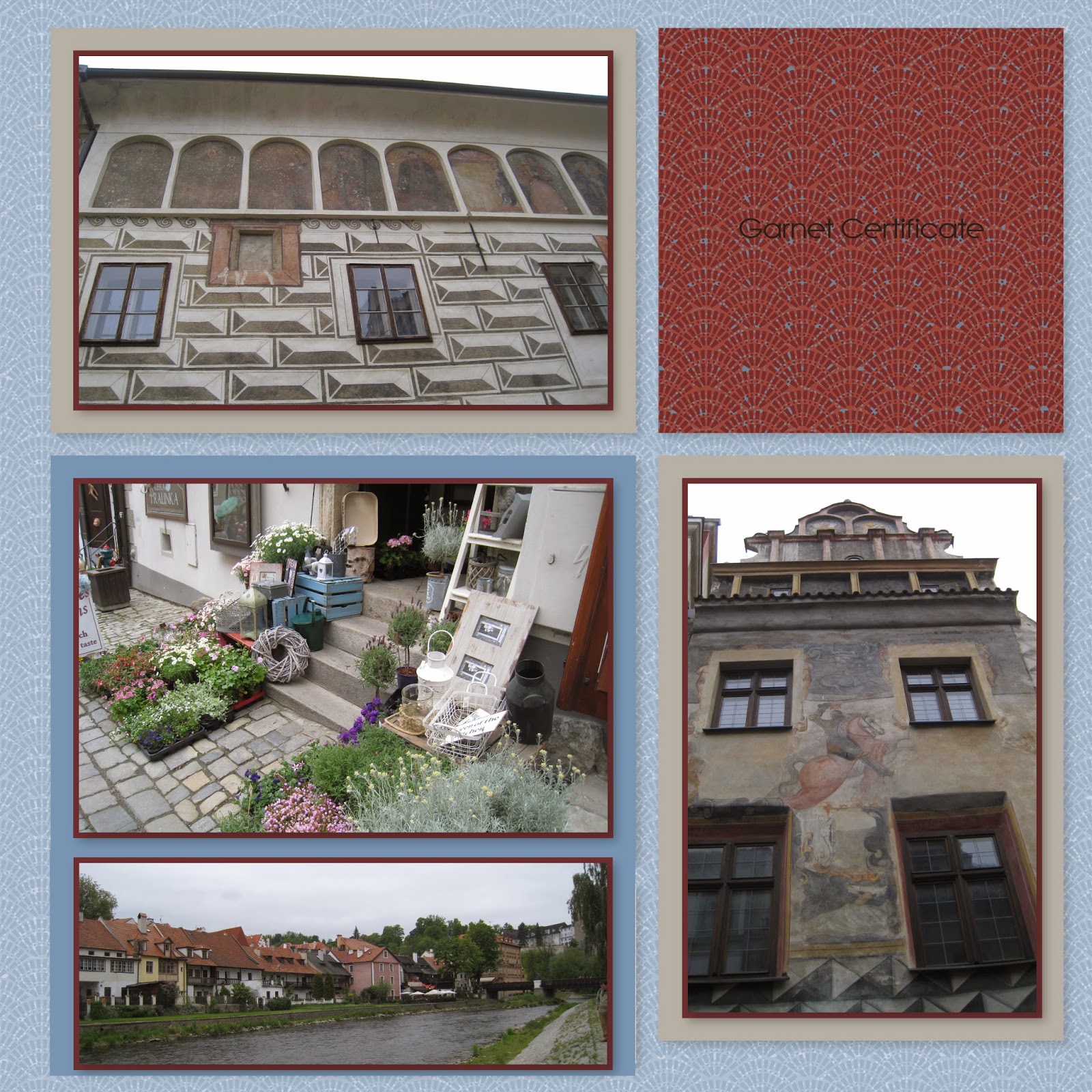 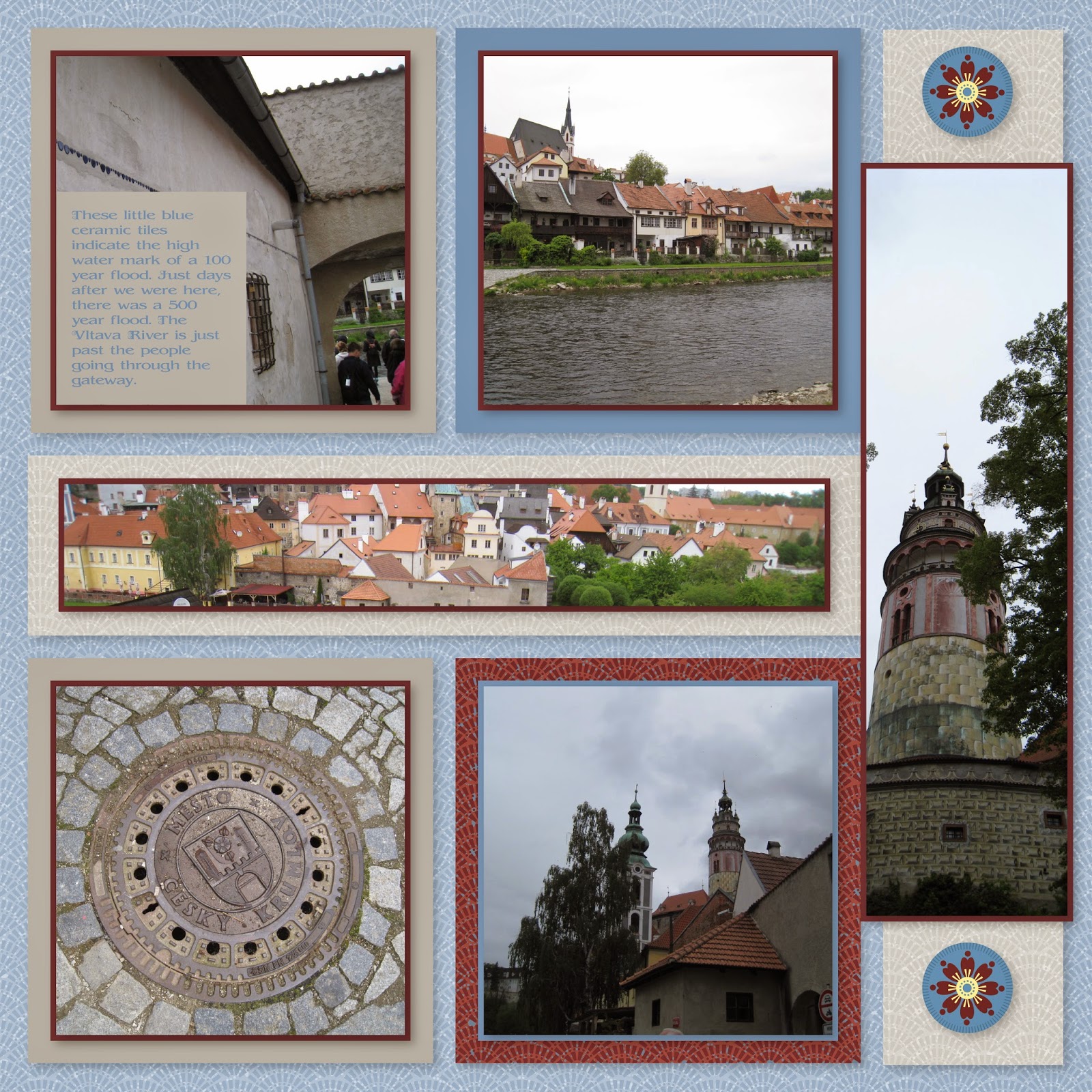 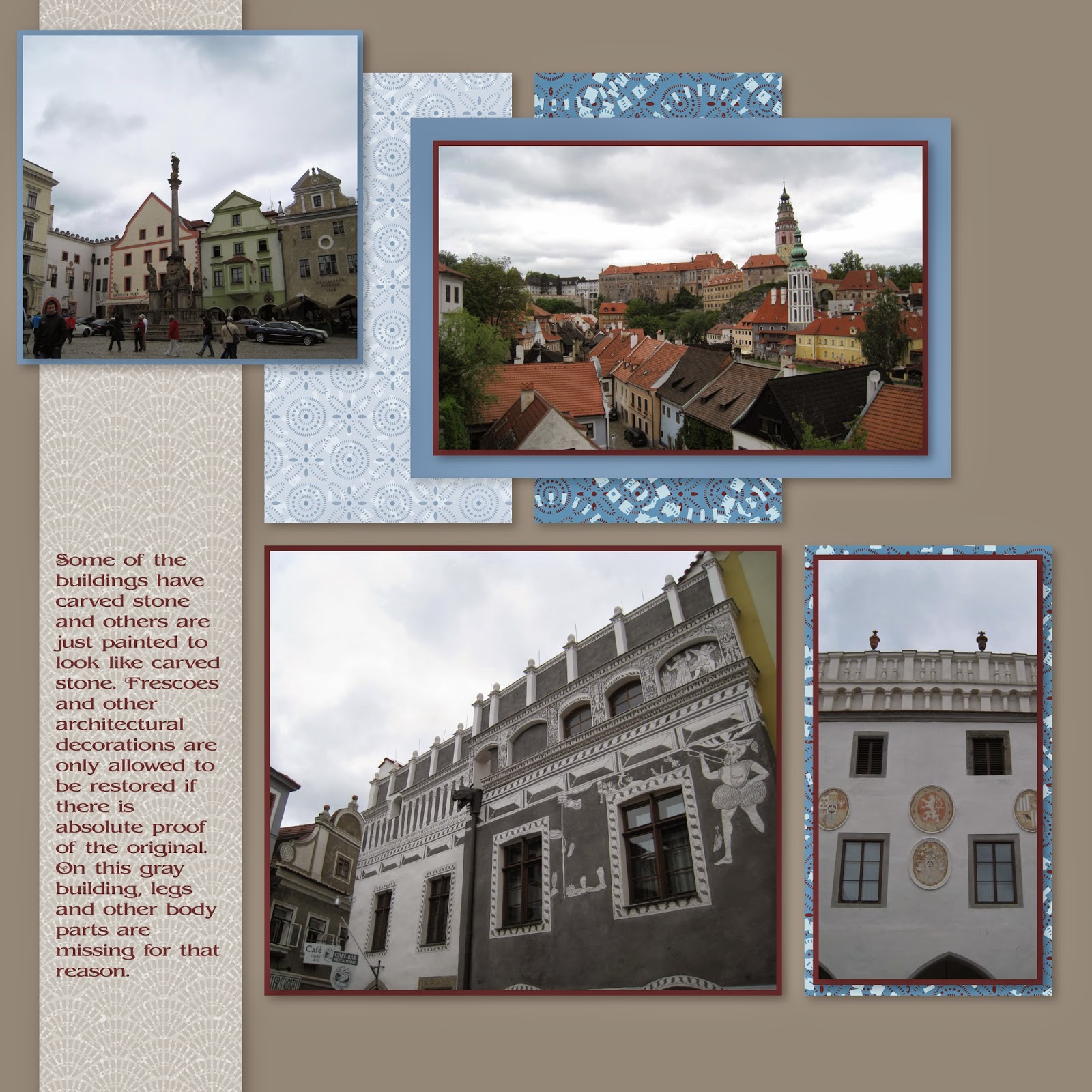 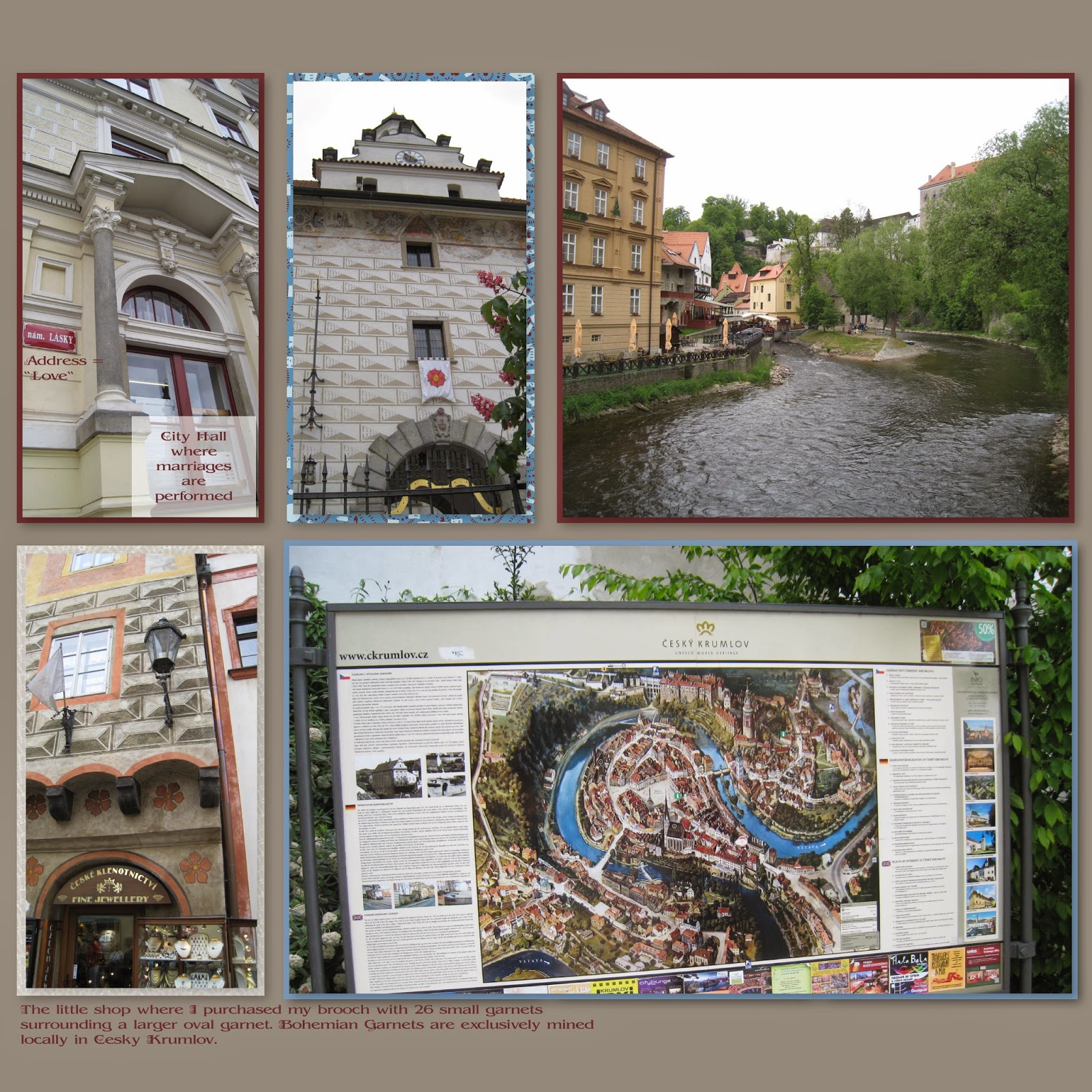 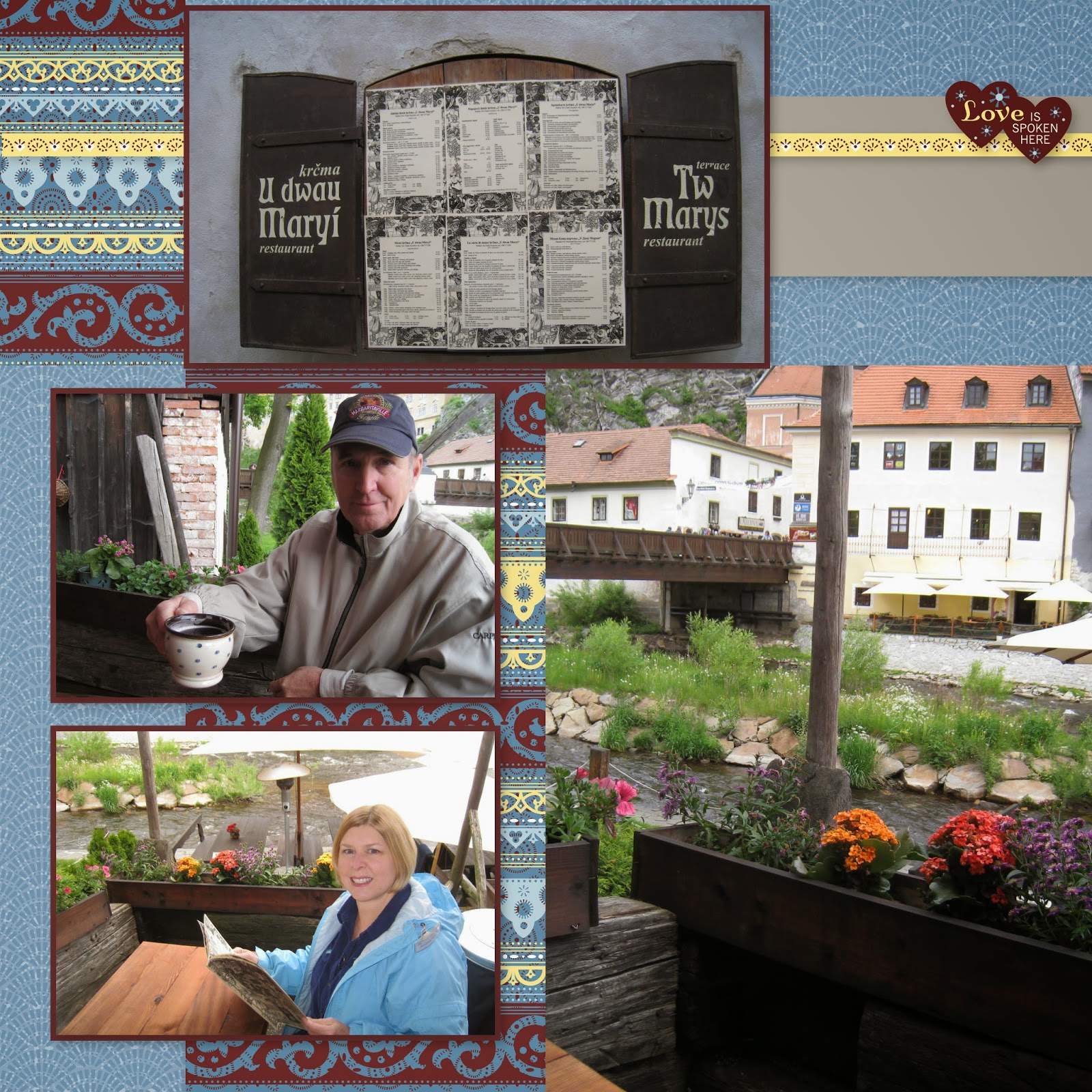 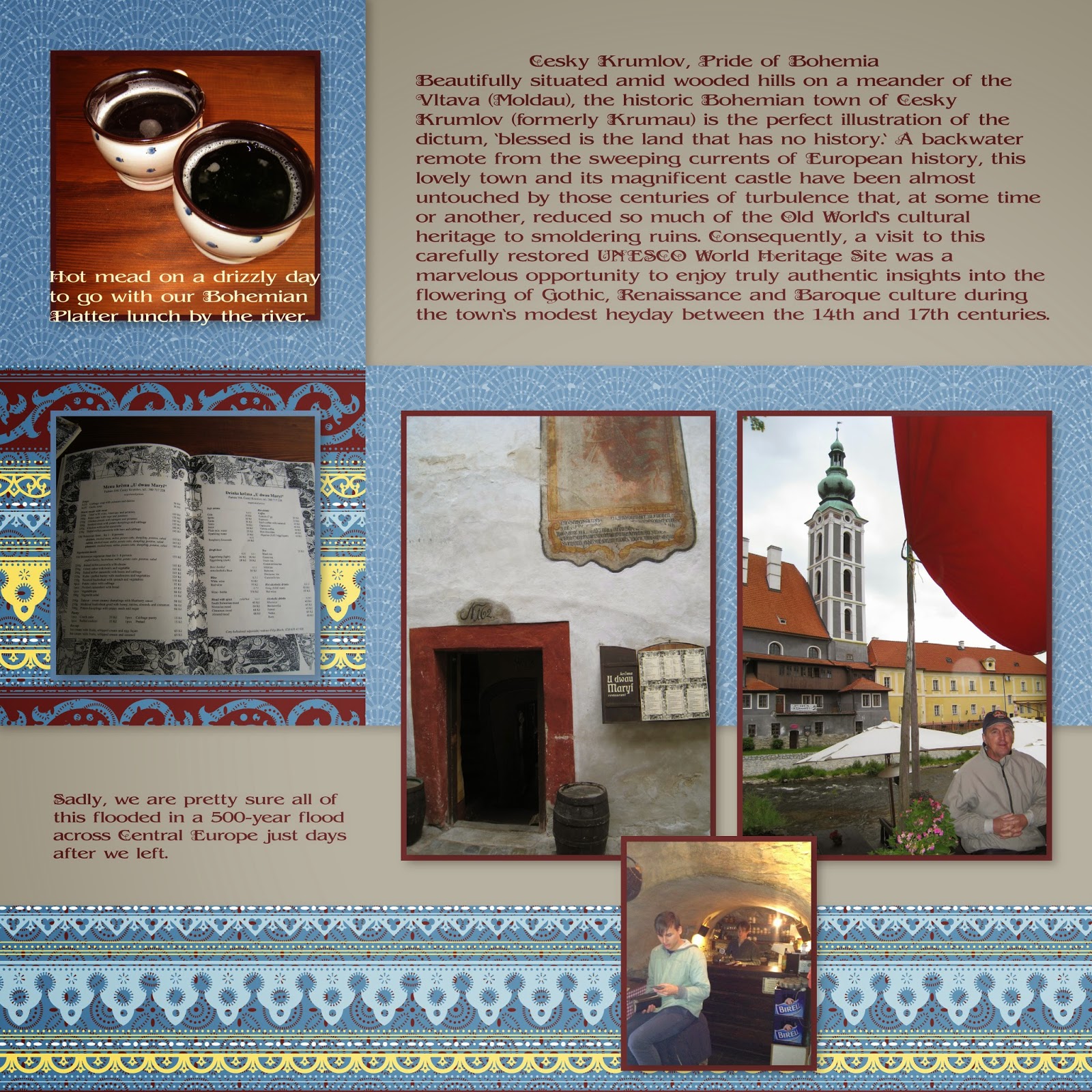 Posted by Suite Romance Travel at 5:06 PM No comments: 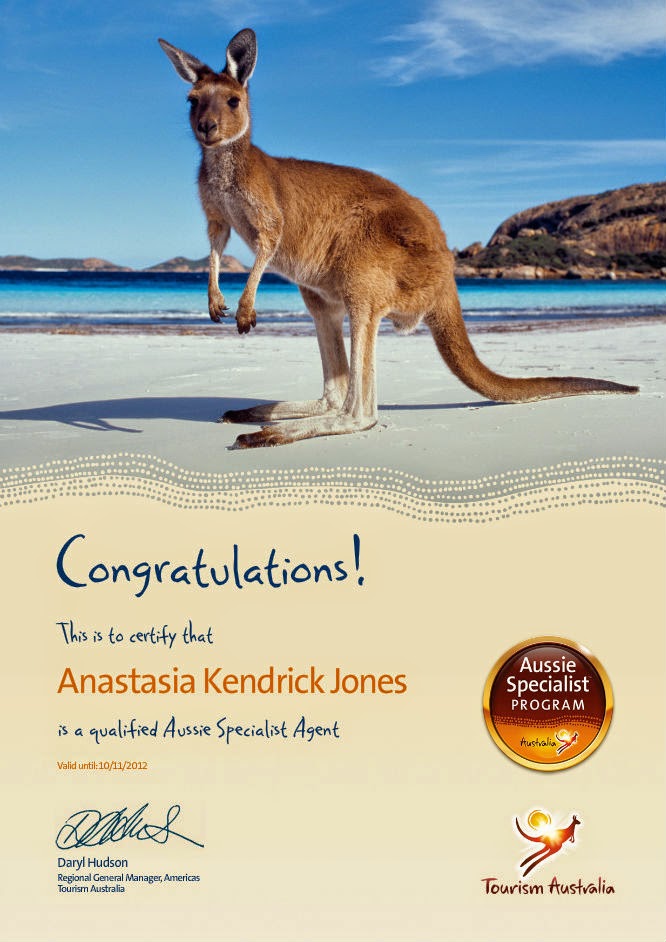 If you've ever thought you might like to go on walkabout Downunder, I'm your mate to plan your special holiday. Having spent an entire month getting to know Australia, from its Red Centre to the Great Barrier Reef, Sydney to the Blue Mountains, Melbourne to Tasmania and exciting points in between, I can truly attest to what a wonderful time you will have there. From koalas, kangaroos, platypi, camels, and wallabies to dingoes and Tasmanian devils....the animal life is as fascinating as the landscapes from sea to desert to mountain. There is so much to do, see, and taste in the land of Oz.

Posted by Suite Romance Travel at 6:11 PM No comments: 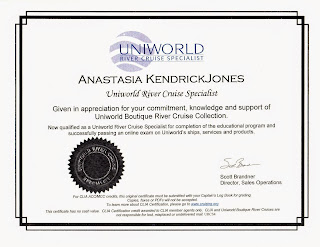 Posted by Suite Romance Travel at 5:36 PM No comments:

Posted by Suite Romance Travel at 8:54 AM No comments:


The previous "Best of Britain" post gave an overview of the luxury coach tour, and I'd like to continue with some highlights from the C.I.E. Best of Britain tour.

Having arrived at Heathrow Airport midday, C.I.E.'s driver picked us up and loaded our luggage into the shiny black car that took us to our hotel, the Hart and Garter, right across the street from Windsor Castle. Portage was included throughout the trip, so we didn't have to haul our suitcases up a couple of flights of carpeted stairs to our room. We met our tour guide, David, who gave us vouchers to head across the street and visit the castle before dinner. We changed out of our traveling gear and headed out to explore. After dinner with the tour group, we had time for more exploring before nightfall.  We found Windsor to be easily walkable on a warm summer evening.

The next morning, our squeaky clean and comfortable coach awaited after a yummy British breakfast which included the ubiquitous beans and broiled tomato that we would see every morning throughout our trip, no matter the city, along with eggs, juice, pastries and sausage. Our first stop was Cambridge, then on to York. Since my grandmother's surname was York, I asked a young clerk in a shop in the Shambles if there were any residents of York with that name. She looked a bit surprised at the question and her answer was 'no.' Slightly disappointed, I went off to Betty's and bought a handmade Cru Sauvage Dark Chocolate bar and a couple of tins of shortbread biscuits to bring home as gifts. The tins were decorated to commemorate the Queen's diamond jubilee. Full disclosure: I ate the chocolate bar and it was delish!

Onward north on the following day. Next stop: Alnwick (pronounced "Ann-ick") Castle and Gardens. Although it was one of the sites used in the filming of broom-flying lessons of Harry Potter, I was more intriqued with the Poison Garden. Surrounded by a substantial locked gate with large skull-and-crossbone signs reading, "These plants can kill," the Poison Garden can only be toured in small groups with a docent in attendance. Our guarding-guide pointed out the medicinal or evil uses of many different plants  and some gruesome stories to illustrate her point. Horror stories aside, the plants and flowers were beautiful. The grounds also featured a bamboo maze, a sod house for the poison chemist, a rose garden, a trellis garden, a allee' of shade plants, and a mammoth central waterfall-fountain with dancing water. With a wonderful gift shop, cafe, and castle to explore, we also took time to have lunch in a local pub down the lane outside the castle gate. 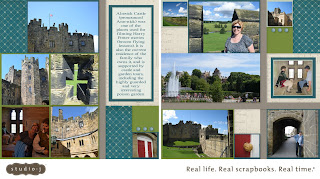 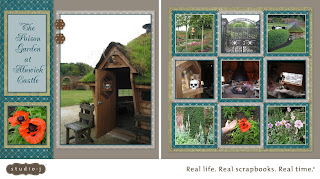 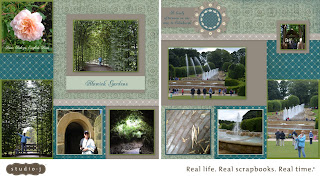 In Edinburgh, (pronounced "Edd-in-burr-uh") we picked up a local guide to assist David with the hundreds of years of historical references. We had two days in Edinburgh, so plenty of time to explore on our own and with the guides. Our hotel was situated only 1/2 block off the Royal Mile and the Edinburgh Festival Fringe was in full swing.

A tour dinner was included the first night at a Scottish pub featuring kilted pipers, singers, and dancers. It was a little touristy, but when you're only in the city for a short time, it is still a fun and easy way to see some of the local traditions on display. After dinner and before dessert, the haggis was piped in and addressed with a traditional Robbie Burns poem, "Ode to a Haggis." Served with 'neeps & tatties (a turnips-and-potato mash), the haggis was quite peppery, but I managed to clean my plate. 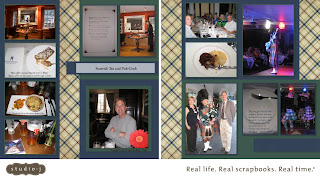 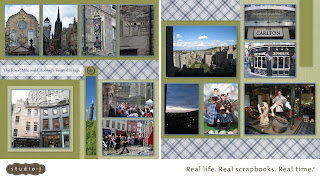 On the second day, we spent a lovely time at Edinburgh Castle (you must have tea in Mary, Queen of Scots' tea room - order the scrumptious toffee caramel biscuit!) and shopped along the Royal Mile. We found a kilt weaving establishment and toured the massive looms. Afterward, we were dressed in the plaid textiles, handed an assortment of props from bagpipes to swords, and had our portrait made.

One of my long time goals was to see the monument to Greyfriar's Bobby on Candlemakers Row, which was just a short walk from our lodging. We found the monuments to the famous and adorable little dog, and a pub of the same name with excellent shepherd's pie, fish and chips, and beer. Alas, we could not find the geocache hidden in Greyfriar's kirkyard.  Excitement was building, though, because the Royal Edinburgh Military Tattoo was coming right up.

We walked up the Royal Mile onto the castle esplanade with our special reserve tickets in hand. The evening was definitely a highlight of the "Best of Britain" tour. Although a summer rain threatened, the skies cleared enough for a thrilling night of music, dance, light shows, drumming, piping, pageantry and fireworks. Highland dancers told the story of whisky, whilst the Scottish massed bands passed through medieval Scotland, its agricultural age and mechanical era with music, fire, and dance. Among the many different performances were local children dressed in period costume acting to music written for the Disney-Pixar movie, Brave. From great kilts to modern uniforms, several countries were represented by their marching or performance bands in a variety of musical styles. Our hands-down favorite was Switzerland's Top Secret Drum Corps, whose precision drumming lit their drums in a technical light show of unbelievable thrills. Throughout the night, scenes were projected on the side of the castle to illustrate the theme of each particular performance, and at the end of the evening, the lone piper appeared on the castle ramparts to close the tattoo. It was such a wonderful evening, we pre-ordered the DVD that would be available at the end of the two-week run of the Tattoo. 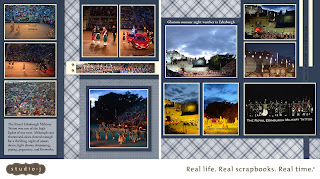 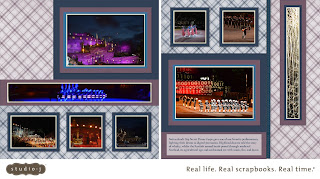 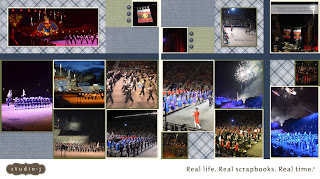 Tattoo? The story from 1594 goes that it is a derivation of the curfew statement "doe den tap toe" which Dutch for "turn off the tap."  In the Thirty Years War, Scottish, English, German and Swiss mercenary soldiers were commanded by the Dutch States Army. Drummers would be sent out of the garrison into the towns to inform soldiers it was time to return to barracks at 9:30 each evening. Drummers would continue to play until 10:00 p.m. "Tattoo" was earlier called tap-too, with the same meaning as the Dutch "tap toe."

Our last stop in Scotland was Gretna Green where young couples have eloped to be married over the blacksmith's anvil since 1754. There was actually a wedding in progress when we stopped in, and the young lady who sold us our kilt portrait back in Edinburgh told me she was also married there. On site is a cafe, clean restrooms, a souvenir shop serving sample shots of various whiskies, and lots of sheep in the surrounding pastures. All that and a wee bit of history in the old blacksmith's stone shop that serves as a wedding chapel. 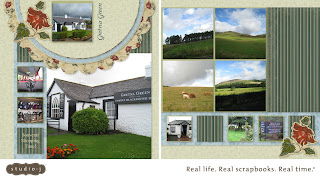 Posted by Suite Romance Travel at 5:32 PM No comments:

Because brides and grooms love to travel on their honeymoons, and many couples prefer to plan destination weddings, there are lots of reasons they should be consulting a good travel consultant/agent. Our purpose is to suggest the best itinerary to match the couple's preferred getaway style, take care of the details for transportation (including flights, cruises, airport transfers, etc.), hotel or resort accommodations, special excursions or entertainment packages, and make sure that they receive the most value for their planned budget. We take the stress out of planning the travel related to guests coming from afar, a wedding at sea or on shore, and/or that very romantic honeymoon.

In the same way a good wedding planner reduces the stress of planning the big day, from designing save-the-date cards to addressing thank you cards and everything in between your Suite Romance Travel travel agent will work side by side to ensure that everything comes together beautifully for that wonderful romantic event of a lifetime. If booking a cruise wedding, many of the last minute details are handled on board by cruise line personnel. Your travel agent makes sure they have taken into account all of your personal wishes for your special day.

Posted by Suite Romance Travel at 12:25 PM No comments:

Suite Romance Travel
Staci and Calvin own and operate Suite Romance Travel to provide personal service and exceptional value to clients who are friends, family and personal referrals. We love to share our favorite places around the world with other lovebirds.